The Setting: Avoiding 4 Weeks of Runtime

Recently, I was faced with a problem: I had written a rather complex simulation of a discrete time queueing network, and I needed to let this simulation run

Anyways, the situation described above wouldn't be problematic as such, but the runtime for a single one of these simulations increased exponentially: for 1500 observations it ran ~ 0.3 secs, for 15000 ~ 9 secs, and for 30000 ~ 38 secs. My goal was to reach 1.500.000 observations for at least 3 times, so that I was facing (by very rough calculations, of course), 2430000 seconds, or a 4 week marathon, in which my laptop would be doing nothing else but crunching numbers.

Naturally, I wanted to avoid that and considered using Amazon AWS service for this task. I have described this in a recent blog post (and to make it clear: I don't get any money from AWS, I just like their usability). However, my requirements were a bit stricter than last time, I needed a workflow that

The last point was important since I was planning on using larger instance types, and AWS bills by the hour. Obviously, I didn't want to let precious money go to waste, so I needed a trigger to terminate the instance as soon as the simulation was over.

Setting up the AWS instance

I have previouly posted a detailed description for how to set up an AWS instance, and that walkthrough guide is still viable. In a nutshell, the core ingredients are

For the latter, correct specification is obviously a non-trivial requirement. In my benchmark test for AWS instances I was aiming at a RAM intense task and ended up with a recommendation for the "r4" instance class. In my use case, however, the CPU performance was decisive. For this reason, I opted for a c5.large instance, but your experiences may vary.

Setting up E-Mail transmission from the instance

Once the AWS instance is up an running, I needed to enable it to send mails, for this I followed this post here. One first needs to install the necessary software by connecting to the instance via ssh and installing

ssmtp allows for the configuration of the SMTP sending, mpack makes for an easy CLI for sending e-mails with attachments. Now, we need to tell the instance which E-Mail client to use for outgoing mail. In my case, I used my Google mail address for this purpose. Unfortunately, this path necessitates that the password to the gmail account needs to be saved unencrypted in the file /etc/ssmtp/ssmtp.conf, like so:

In order for gmail to accept this unencrypted password, you need to checkmark the option for allowing 'less secure apps' to access your mail, in Google settings under 'Sign in and security':

As you can probably gather from the e-mail adress in the code snippet, sastibe.aws@gmail.com is just a throw-away address for precisely this reason: I did not want to leave my real gmail account open to vulnerabilities.

Getting R Code on the Instance

This step is ostensibly simple, since you can just copy and paste the code to the RStudio window in your browser. But I did it differently: I wrote my simulation as an R package (a very nice and straightforward how-to can be found here). Writing a package comes with many advantages by forcing you to be clean on

Furthermore, since used Git with a remote repository on GitLab for version control, I am able to call my entire code with a simple

Start the Simulation and the E-Mail notification

After all these preliminary steps this is the simplest of them all. I log on the RStudio instance by navigating to the public DNS, using the credentials "rstudio" and the (AWS) instance_id as password. Then, I simply choose an appropriate set of parameter values steering the simulation and call just one tailor-made function. Admittedly, this function was written with exactly this use case in mind, so your script lengths might vary. In my case, this was the entire run script I pasted into the RStudio on the AWS instance:

The last two lines are a simple system call of the function mpack, which uses the credentials provided in Step X to send a mail from my GMail account to "sastibear@gmx.de", and attaching the plotted file G2_result_plot.png as an attachment.

I started the script above on a Friday afternoon, and received the following e-mail on Monday: 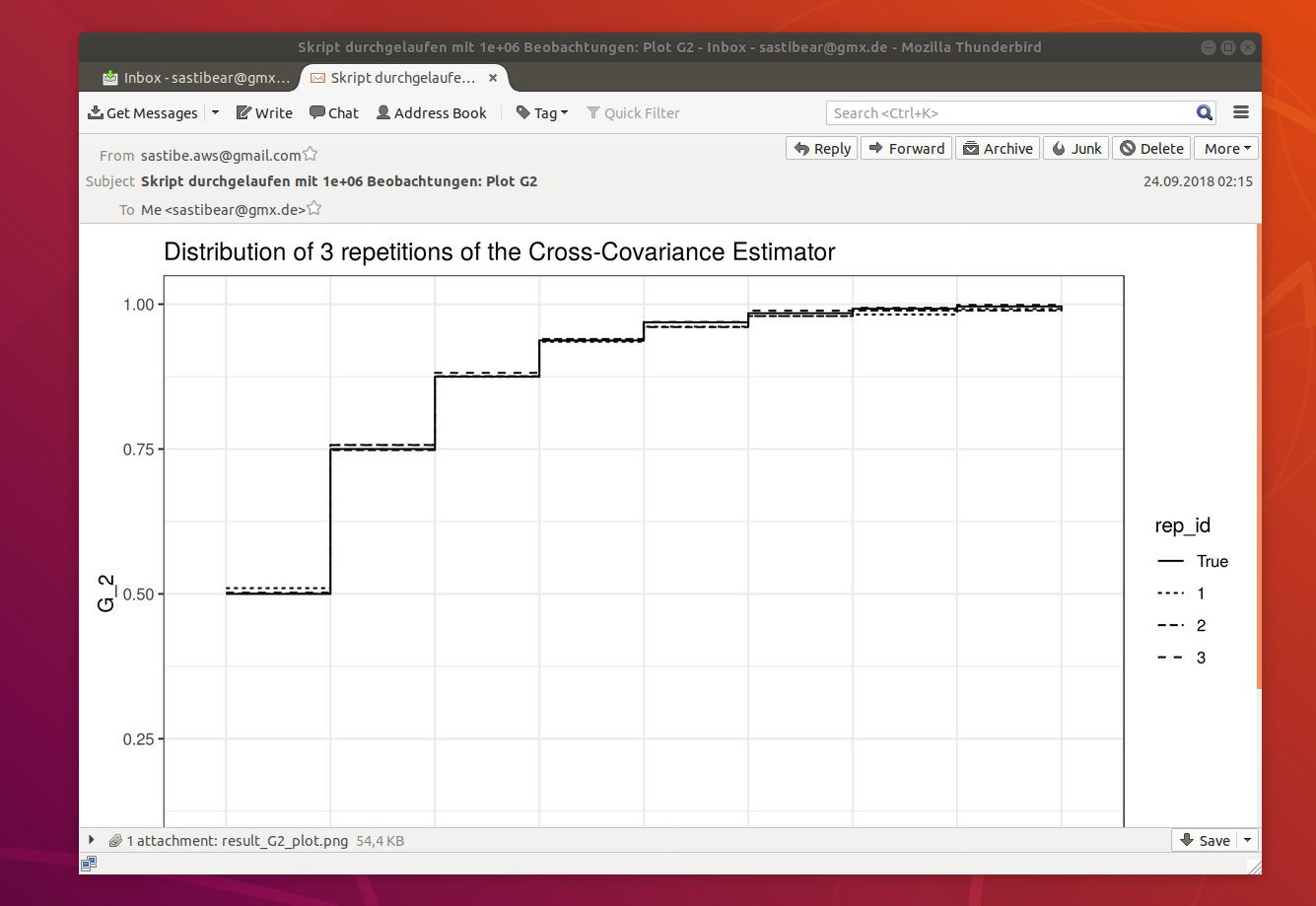 Is it Worth the Effort?

In short: yes. Longer version: The answer to this question obviously depends on the metric. In terms of time elapsed, the calculation is simple: 4 weeks on my personal laptop vs. 3 days on AWS is a very one-sided competition. But let's try to look at the monetary aspect:

Well, that's ... surprising? To be quite honest, I started calculating this comparison under the strong preconception that AWS must surely be more expensive. Yet the accumulation of runtime over 4 weeks is enough to give the Amazon server farm the edge over my old-school laptop solution, thus cloud computing takes the cake once more. Hooray for technological progress! 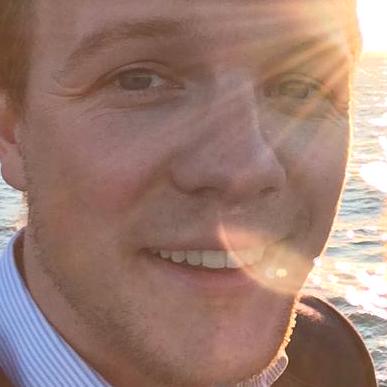 Take Screenshots Straight into Org Files in Emacs on Win10

Nov 11, 2018
The Final Result Let me start this article by showing you my usage of the functionality described. I work as a Data Scientist and use org-mode in Emacs for a large number of every day tasks. One of them is the documentation of new findings within datasets or other software's documentation or websites etc. In order to easily collect all these informations into a single reference, I like to use screenshots:

Sep 9, 2018
The Setting: Avoiding 4 Weeks of Runtime Recently, I was faced with a problem: I had written a rather complex simulation of a discrete time queueing network, and I needed to let this simulation run with some repetitions of the entire simulation, for some varying different parameter values, with many observations (i.e. ~ 2.000.000 observation). The goal was to verify that a new estimating procedure for such queueing networks provides sensible results.